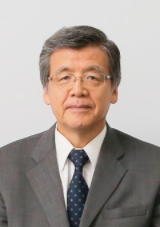 Shigeru Kimura graduated from the Faculty of Computer and Information Sciences, Hosei University in 1973. After graduation, he started working for Century Research Center Co. (CRC), one of Japanese think tanks and became manager of Economic Group, Research Institute of CRC in 1988. He joined the Energy Data and Modelling Center (EDMC), the Institute of Energy Economics, Japan (IEEJ) as head of Statistics Information Office in 1993 and became Senior Research Fellow in 2005. He has been engaged in preparation of energy statistics in APEC region as coordinator and energy modeling work applying econometric and input-output approaches for a long time. Using these expertises, he has been conducting capacity building on energy statistics and energy outlook modeling in Association of South East Asian Nations (ASEAN) region for more than 10 years. He has been also in charge as leader of Working Group for Preparation of Energy Outlook and Analysis of Energy Saving Potential in East Asia, Economic Research Institute for ASEAN and East Asia (ERIA) from 2007. From August 2013, he has been in charge of Special Adviser to Executive Director on Energy Affairs of ERIA additionally. He retired IEEJ in September 2015 and moved to ERIA completely keeping same position. 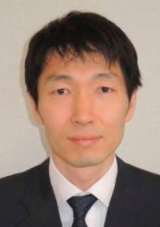 Osuke Komazawa graduated from School of Medicine, Tohoku University in 2000 and obtained medical doctor's licence in the same year. He underwent five years' training as ENT surgeon. In 2005, he entered PhD course of Graduate School of Biomedical Sciences, Nagasaki University, being interested in demographic transition, health transition and sustainability of development of human beings. During his PhD course, he joined the project to establish Health and Demographic Surveillance System (HDSS) in the rural areas of Western and Coastal Kenya and conducted fieldwork in the target areas of HDSS. His dissertation focuses on the community effect of long-lasting insecticide-treated bed nets (LLINs), which implies that the mass distribution of LLINs can be effective not only for net users but also non users. Nagasaki University conferred a PhD degree on him in 2013. He was appointed as the resident director of Nairobi Research Station, Japan Society for the Promotion of Science (JSPS), in 2009. During his two years' duty in Nairobi, he hosted several scientific symposia and conferences which supported scientists from various parts of the world to collaborate on the scientific research conducted in Africa. He also contributed to making of MoU between JSPS and the Kenyan counterpart under Kenyan government. After he resumed working as an ENT surgeon at Nagasaki University Hospital from 2013 to 2015, he transferred to Ministry of Health, Labour and Welfare of Japan (MHLW). He was assigned to a position in Health Insurance Bureau and later under the Director-General for Statistics and Information Policy. 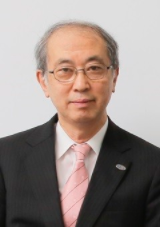 Shujiro Urata received his PhD in Economics from Standford University in 1978. Before joining ERIA as a senior research advisor, he was affiliated with Waseda University wherein he served as professor since 1988. His focus of research is in international and development economics. 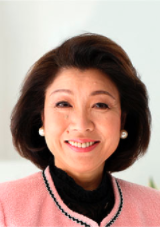 Professor Akiko Yamanaka has been active in both academia and the political arena. As an academic, she has been a By-fellow of Churchill College, Cambridge University and a visiting professor at the Graduate School of Hokkaido University, as well as at the United Nations University. Currently she serves as a Senior Diplomatic Fellow at the Cambridge Central Asia Forum serves and as a visiting professor at Tenjin Foreign Studies University. She has also been a Senior Visiting Researcher at St. Antony's College, Oxford University and at the Center for Strategic and International Studies in the United States. In the political arena, she has served as the Member of the House of Representatives of Japan as well as Vice-Minister for Foreign Affairs, Director of the Committee of Foreign Affairs, and Director General of the Women's Bureau of Liberal Democratic Party. Her areas of expertise include International Peacebuilding and Preventive State Theory, International Negotiation and Strategic Studies, and Intercultural Studies. On these and other subjects, she has written and lectured extensively. She has published many books including 'Think, or Sink: Preventive State Theory', 'Toward the Future: Human Security', 'From the Window of Oxford', and others. She was awarded the OISCA prize for 'Contribution to Asia' and International Soroptimist Japan's Sen Kyoko prize for her contributions to international understanding. She is currently working on Human Development for Peacebuilding, and on Human Security, especially water security, food security and energy security as well as on Natural and Human Induced Disaster Prevention and Mitigation.

Anita Prakash is Director for Policy Relations in ERIA. Her key role is policy support to Leaders and senior officials in the governments of Southeast Asia, East Asia and Oceania on political economy, growth, narrowing development gaps, regional economic integration and related matters, using the research results of ERIA. She works closely with ASEAN Member states and their Dialogue Partners in the Asia Pacific Region, and also in Europe. She is presently a Visiting Fellow at the Graduate Institute of International and Development Studies, Geneva.

Thank you for subscribing to our letter