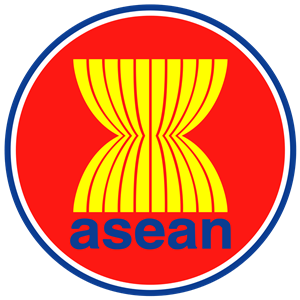 Association of Southeast Asian Nations
The Association of Southeast Asian Nations, or ASEAN, was established on 8 August 1967 in Bangkok, Thailand, with the signing of the ASEAN Declaration (Bangkok Declaration) by the Founding Fathers of ASEAN, namely Indonesia, Malaysia, Philippines, Singapore and Thailand.Brunei Darussalam then joined on 7 January 1984, Viet Nam on 28 July 1995, Lao PDR and Myanmar on 23 July 1997, and Cambodia on 30 April 1999, making up what is today the ten Member States of ASEAN.Source: About ASEAN | Overview
LEARN MORE

Organisation for Economic Co-operation an
The mission of the Organisation for Economic Co-operation and Development (OECD) is to promote policies that will improve the economic and social well-being of people around the world.The OECD provides a forum in which governments can work together to share experiences and seek solutions to common problems. We work with governments to understand what drives economic, social and environmental change. We measure productivity and global flows of trade and investment. We analyse and compare data to predict future trends. We set international standards on a wide range of things, from agriculture and tax to the safety of chemicals.We also look at issues that directly affect everyone’s daily life, like how much people pay in taxes and social security, and how much leisure time they can take. We compare how different countries’ school systems are readying their young people for modern life, and how different countries’ pension systems will look after their citizens in old age.Drawing on facts and real-life experience, we recommend policies designed to improve the quality of people's lives. We work with business, through the Business and Industry Advisory Committee to the OECD (BIAC), and with labour, through the Trade Union Advisory Committee (TUAC). We have active contacts as well with other civil society organisations. The common thread of our work is a shared commitment to market economies backed by democratic institutions and focused on the wellbeing of all citizens. Along the way, we also set out to make life harder for the terrorists, tax dodgers, crooked businessmen and others whose actions undermine a fair and open society.Source: About OECD
LEARN MORE
Thank you for subscribing to our letter